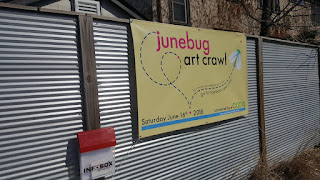 JUNEBUG ARTCRAWL is presented by COPA. COPA stands for Corcoran/Powderhorn Artists - and there are plenty of us!

Corcoran and Powderhorn are distinct and active neighborhoods nestled in the hub of South Minneapolis. COPA was formed in 2016 to celebrate the many and varied artists that make up our communities.

Our yearly art crawl is when we open our workspaces to meet our neighbors and they, in turn, get to see what artistic talents are living next-door. It's a great opportunity to tour private studios, connect with the artists, and purchase original work.

There will be jewelry, embroidery, fiber, painting, games, ceramics. animation and more! This year John Akre is bringing a Community Animation Project to Susan Hensel Gallery.  Susan will be exhibiting her digital embroidery in the windows of the gallery; Marcus Larson on 35th st will be showing painting; Sara Stamschror-Lott will exhibit jewelry; Charles Knutson will be showing his well known historic games and accessories...and so much more.

Keep checking the website.  The artist list will be updated regularly and the interactive map for 2018 will go live soon. http://copa-artcrawl.com

This is the last week for Platonic Dualities

Kim Matthews and I really do hope you will make the drive to Robbinsdale to see the show.  It is only about 10 minutes up highway 100 from Lake Calhoun/Bde Maka Ska.

Open Saturday, May 26, noon-4 and by appointment. 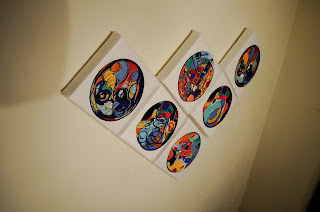 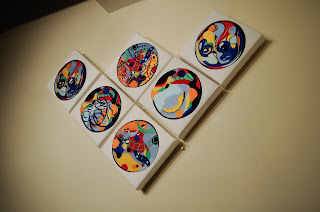 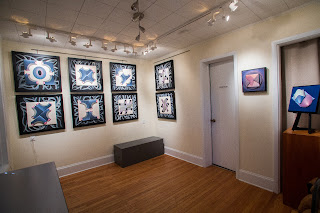 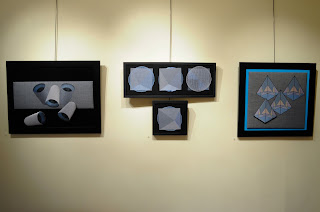 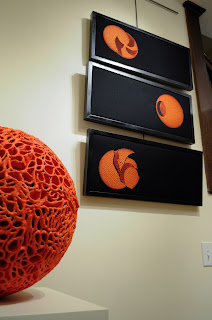 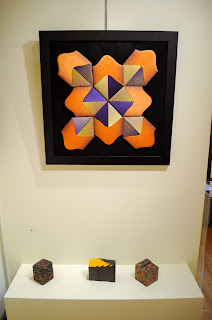 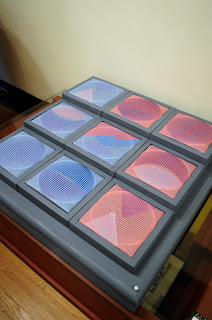 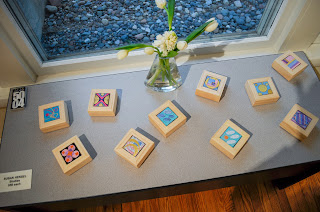 A few pictures from Platonic Dualities

There is a lot to see in this show.  It will be open again on Saturday, May 19, noon-4pm, and by appointment.
Gallery 5004, Robbinsdale, MN 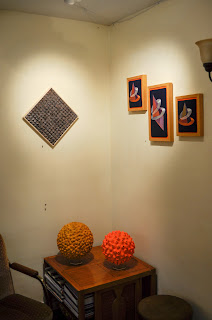 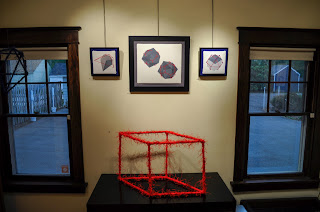 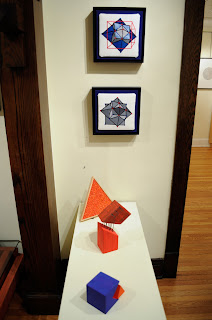 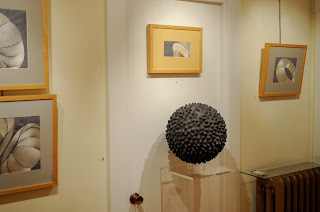 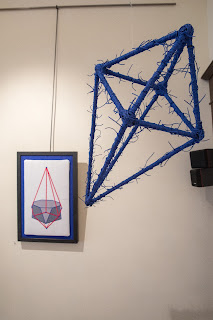 Posted by Susan Hensel at 4:25 PM No comments:

Platonic Dualities is open until 5/26/18

Posted by Susan Hensel at 4:20 PM No comments:

Platonic describes our friendship...but also certain kinds of geometric solids.  And, within these regular solids are Dualities! 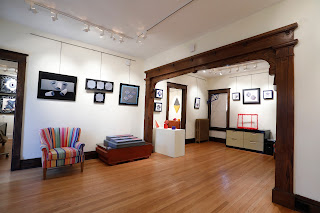 It's an easy drive up 100 N, 10 minutes north of the city.  Just remember that I94 has inconvenient weekend closures right now!

Posted by Susan Hensel at 8:00 AM No comments: 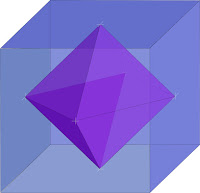 Among the ideas that Kim Matthews and I have been working with is DUALITY.  Obviously, there can be a series of plays on words, taking us off into commentaries on human nature, spirituality and vice.  But we discovered, with the amazement that only non-math-nerds can muster, that if you place a dot in the center of each plane of a regular polyhedron, you will define another shape within.  Too Cool! 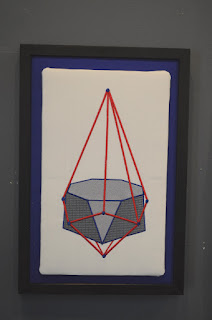 Posted by Susan Hensel at 10:58 AM No comments:

I have become fascinated with the geometric form torus.  It is, fundamentally, a donut...which is something I used to love and can no longer eat!  But more than that, it can be seen as a depiction of a black hole, or a universe...or...or...The online dictionary defines it thusly: