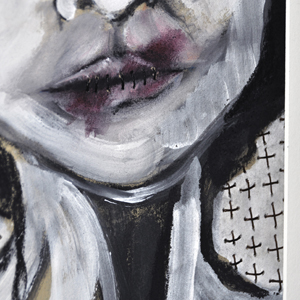 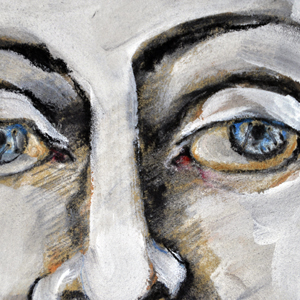 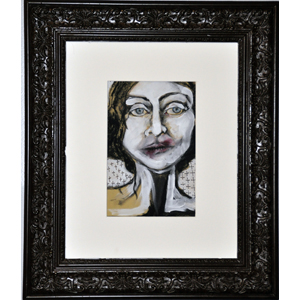 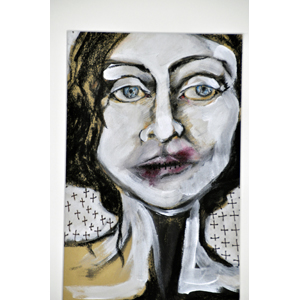 It may or may not be part of a series, but this mixed media pastel with hand stitching is the first, I think, of several that speak to  the systematic silencing of women over time.

The image arose in some doodles one night and scared the crap out of me.  It occurred again.  It was so authentic and so scary that I knew I had to pursue it.  The DIY cruciform stitching is intentionally crude.  As I was drawing this face, the symmetric cruciform of the body appeared.  I decided to emphasize it with the stitches done in waxed bookbinding linen thread.  The crudeness of the thread and the elongated limbs of the cross seemed to echo hundreds of years of silencing women of faith...seems to reflect the crude, hamfisted denial of the power and the wholeness of women.

And, I found the frame for $18 at an occasional sale today!

Waiting for the Other Shoe to Drop 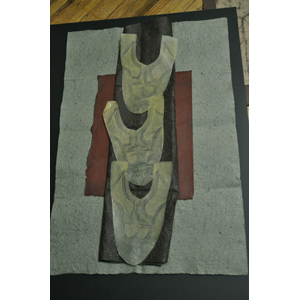 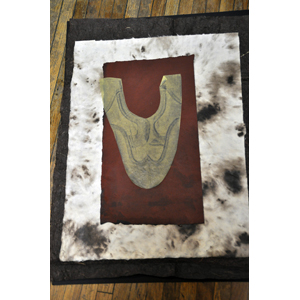 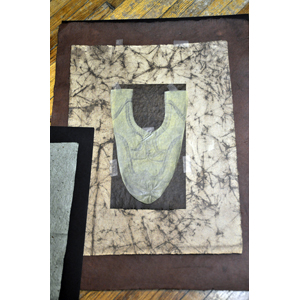 So,  some time ago, I tore apart a pair of men's wingtip shoes.  It was a fascinating dissection...so many parts!  I did rubbings of the uppers and put them away in a drawer.  I think I am about to tackle them.  I am sure there will be some stitching.

Today, the final backgrounds came together. They will be burnished down soon. Small amounts of drawing remain... A leg here, a shadow there and the pesky problem of the faces. They need to remain black, but still recognizable as faces.

The frames are slightly back ordered. 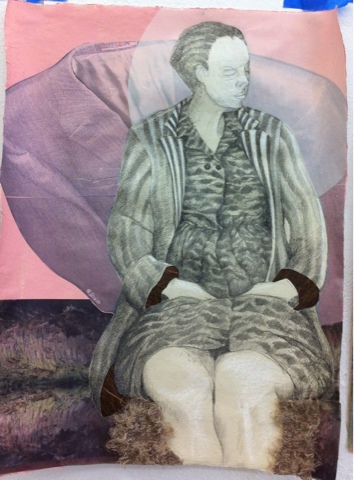 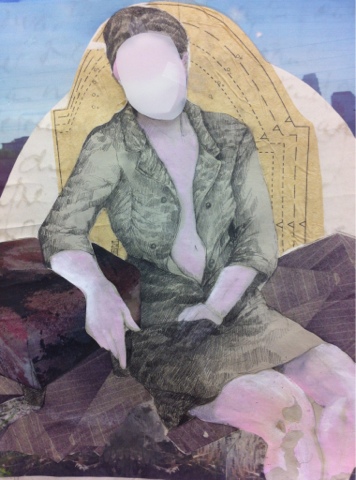 Posted by Susan Hensel at 8:20 PM No comments: