I don't know why, but I am shy about taking people's photos. Actually, despite what my blog might seem to imply, I am shy about having my own picture taken. All the photos of me in the blog are compliments of tourmates offering to take my picture.
In the Cairns airport, waiting for our flight to Sydney, I got out my beautiful Golding spindle to spin a little merino silk. My son gave me this spindle for Christmas last year and it quickly became my favorite. 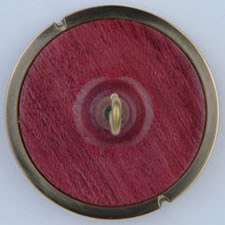 I have found that spinning in public creates opportunities for most amazing conversations.
The woman next to me was waiting for a plane to Brisbane. Her name was Melba and I was too shy to ask to take her photo. She was a very pretty woman who looked quite Polynesian. She had been in Cairns for an Indigenous Rights Conference. Her family, on her mother's side, descended from slaves, stolen from islands (perhaps in the Fiji chain), stolen to work in the cane fields of northeastern Australia.
Melba told me about one of the papers she heard at the conference, given by an Arizona anthropologist who had lived 30 years with one Aboriginal group on the Bay of Carpentaria, in Northern Australia. He learned the language and the customs, the history and the beliefs. His paper was on the subject of preserving the strong, successful, original ways of living on the land while still participating in the modern world.
Melba said that the "Sorry" was a start. Many people we talked to referred to the "Sorry", the official apology of the AUstralian government to the "stolen generation: of Aboriginals made in February of 2008.
"Between 1920 and 1970, the government took Aboriginal babies away from their parents on a large scale, and re-housed many of them with white families. Many of these children were abused, though for some it meant the chance of a better life. At the time, it was official Australian policy to give Aboriginal children a ‘white' upbringing, as the government was convinced that the Aboriginal culture would die out.

Already in 1997, the distress of the "stolen generations" was recognized by an investigation commission that advised the Australian government to offer its apologies. The previous Prime Minister, liberal John Howard, refused on the grounds that it was not his government's responsibility." (read more here.)

She and I taked at length about how does a people manage when t heir land specific culture has been broken? How does one transition to something t hat works better in the larger colonial culture? She went on to talk about some of the similarities with the Navaho people. Hunting & gathering skills and beliefs...about there being some universality. Melba stated that while the "Sorry" was, indeed, a start...it is not believed that the prime minister has made sufficient effort to understand the indigenous beliefs and way of living.

I believed her. The all consuming nature of Western culture is so at odds with the slower, considered, efficient conservation of the aboriginal way. Melba talked of the importance of the dances, telling stories, mimicking animals...it keeps the land alive.

The day before we also had a lecture from Ernest, a representative from Tjakupi, about northeastern indigenous groups: the rainforest people are shorter and lighter skinned than the desert groups. His description of traditional social structure sounded somewhat different that the structure I heard about in the Red Center. Doug, at Desert Park, stressed the relative gender equality in the Arrende people. Men and women had different but equally important and respected roles in the survival of the group. Ernest described a more uneven power structure in Tjakupi, saying that men's hunting was the most important activity. Both stressed a respect for elders.

The comparisons of the expression of the tribal LAW, were different as well. If marriage laws were broken, Arrende would banish the couple, and they would wander alone, no other group likely to take them in. Tjakupi would physically attack the couple : women were raped, men were speared.

The Tjakupi group was described as a clan structure, rather than as language or skin groups as in the desert. The clans were classified as wet or dry groups and membership in the clans determined your marriage possibilities, protecting the genetics in the same way as the desert groups. Rainforest aboriginals were traditionally promised in marriage almost at birth, older men promised to much younger women. Earnest had been promised to twins! But, as is increasingly common, he married for love.

I was too shy to take Earnest's picture as well.